While Sidetracked with The Perry Faux Pas, The Cain Debacle and The PSU Scandal, Rome Is STILL Burning . . . 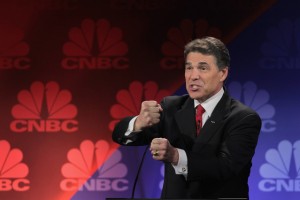 remember the three government agencies he promised to dispose of if elected president. He looked to Ron Paul for help, and finally gave up by saying Ooops! Amazing . . . debating is definitely not his strong suit. Today, he is making the rounds on talk shows to help his image, but I still think he sounds scattered and uninformed. Perhaps he has “memory” issues?

The Cain Debacle is quieting down a little but has been so prominent in the news, we

barely hear of the meltdown in Italy, Greece, and Spain. Hopefully, all of America is as sick of this nonsense as the audience was at the Debate last night. When Maria Bartiromo asked Herman Cain about the 4 allegations of sexual assault and judgement and character she was booed. It was priceless, hopefully the people have spoken! No more sleazy allegations and questions, let’s move on to the ISSUES!

As for Penn State University, the timing couldn’t be better for Cain. This terrible tragedy 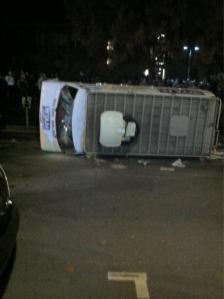 of child molestation has taken on a life of it’s own. First Joe Pa was retiring at the end of the season, now he was fired by Penn State trustees and the students are rioting. What a shame. The state law of Pennsylvania states that anyone knowing about or suspecting child sexual abuse MUST report it. It is the duty of anyone knowing of any allegations. Unfortunately Joe Pa did not, he only went to his immediate superiors and dropped it in their laps. He never followed up on it, never took it further. It gives me pause to wonder if this was the beginning of the cover-up. Unfortunately it seems that PSU takes it’s football too seriously, not children’s safety. There are now rumors the sex scandal may be way bigger than originally thought, perhaps even including the exploitation and pimping of said kids to big money donors. OMG, how horrible. No wonder the trustees are cleaning house!

Meanwhile, at home in America the market is crashing, gold is plummeting, jobs are still scarce, the housing market is still worse than ever and Obama is getting a “buy”. I know we need to know what’s going on in the world and be up on current events, but we need to keep on point to save America. America is still in jeopardy and if we do not keep our eye on the ball, which is this dreadful administration we may be manipulated right into the master plan of getting a Republican Candidate who will lose to Obama!

What do you think?

I am an outspoken woman with independent views of the world. I am spiritual but also realistic. I've successfully raised two men who I've sent off to college and am now following my love of the arts, including painting, drawing and writing. Thus, two blogs, two books I sporadically work on, voracious reading, among other loves keep me busy.
View all posts by Evie Garone →
This entry was posted in Anti-Obama, News, Obama, politics, TV, Uncategorized and tagged Herman Cain, Joe Pa, Joe Paterno, Politics, PSU, PSU riot, sexual abuse. Bookmark the permalink.

2 Responses to While Sidetracked with The Perry Faux Pas, The Cain Debacle and The PSU Scandal, Rome Is STILL Burning . . .