“Accidental Racist” – Perhaps The Message Didn’t Get Across?

I’m not a big fan of either country or hip hop music but even this song “Accident Racist” sung by LL Cool J and Brad Paisley couldn’t get by me.  The message may be good, the presentation is bad, IMO but at least these guys are trying to calm the waters of racial tension, what are others doing? Brad Paisley said they are trying to get the message of forgiveness across. I think the message may have been lost in all the hullabaloo.

Instead of everybody jumping on the hate bandwagon maybe they should realize these guys are trying to help? It seems twitter was abuzz with negative reaction and so was the music industry. I’m not saying I will be listening to it, but it did get people talking, so maybe that’s good? It seems the video on YouTube has disappeared amongst the controversy caused by the questionable lyrics sung by LL Cool J  (Hip Hop) and Brad Paisley (Country) speaking about the old South and The North and racism and alas forgiveness. 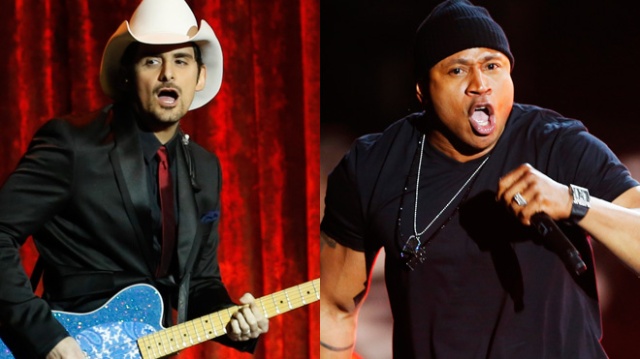 The lyrics were not the best: (or were they?)

Tryin’ to understand what it’s like not to be

Our generation didn’t start this nation

We’re still pickin’ up the pieces, walkin’ on eggshells, fightin’ over yesterday

And caught between southern pride and southern blame

You should try to get to know me, I really wish you would

Now my chains are gold but I’m still misunderstood

As you can tell from above the guys are trying. Not all attempts at songs like this are going to be winners, the music wasn’t good but from all the controversy at least people are engaged and talking and that is all to the good. Do you remember Elvis’ “In The Ghetto”, I’m sure that was controversial in it’s day? How about “Ebony and Ivory” by Paul McCartney and Stevie Wonder…. at the time I’m sure not everybody loved it. As for “We Are The World”  by Michael Jackson and all the other stars it had it’s detractors too. It’s turned into a giant charity organization, but again as I said they all can’t be winners.

But it might be a step in the right direction for race relations and as Brad said forgiveness. If you’re curious, perhaps you could type in “Accidental Racist” and see what’s up. Maybe it’s time for us all to open our minds and hearts to realize we’re all the same under the skin and we need to let our differences go. It doesn’t matter what clothes we wear, and yes we all come from a different place, but we all have the same basic needs and basic wants and if we all could get along the world would be a better place……..I know that sounds simplistic but maybe it is that simple to forgive each other and love each other.

2 Responses to “Accidental Racist” – Perhaps The Message Didn’t Get Across?