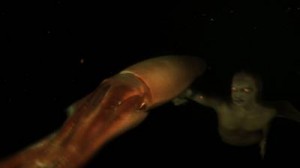 The other night on The Animal Planet there were 3 separate “documentaries” called Mermaids: The New Evidence, Mermaids: Body Found and The New Evidence: Unlock New Evidence on Mermaids that my husband and I watched in rapt attention. We usually love this kind of stuff……it’s highly entertaining and spreads optimism through the world that perhaps there is still a little magic left in adult life, when it is based on fact, not fiction.

What we did not know, until the end of the documentary was that it was more of a fictional movie than a “documentary”.  They had us hook line and sinker thinking the photos and evidence were real until they used the CGI once too often. I don’t know to what end. Was it to spread negative attention about SONAR usage by the government by tree huggers “to save the planet”? I do think the mass killing of whales and dolphins is unacceptable, but that needs to be investigated more, not Mermaids! Was it just a “docudrama” to help end sea exploration for oil and gas by the “Greenies” under the guise of animal protection?

I’m not sure, but either way I would hope that both The Animal Planet and The Discovery Channel decide to cease and desist with these fake documentaries without a giant disclaimer before, during and after the show. They should do honest advertising that these shows are “docudramas” or movies loosely based on some fact. Perhaps if they got

the guy with the “mad hair” from “Ancient Aliens” it would have been more believable.

Perhaps this show belonged on The SYFY Channel? Who knows how many people actually believed this disinformation…..and will want the Gov’t. to stop drilling for oil and gas so we don’t hurt the poor Mermaids?

Some of the information seemed interesting, but using former “supposed” NOAA scientists, Smithsonian experts and the like was disappointing and distressing considering none of them were real……oops I forgot, if the whole “documentary” isn’t real how could the “scientists” be? To try to confuse their viewing audience is beyond the pale. I know they had a convenient “disclaimer”, but it was ambiguous at best and at the end of the show. If I had been aware of this in the beginning, I would have changed the channel. I thought this was going to be “real” information……WTH was I thinking? If you can find any real science-based shows on The Discovery Channel or real animal shows on The Animal Planet, or even real history on The History Channel it would be far and few between and refreshing. Cable may have jumped the shark and this is why so many people are getting Satellite TV, Apple TV or Netflix, to try to discern what they watch and when they watch it.

I also forgot, silly me, that all TV is about the advertising dollars, and after The Animal Planet having made a huge success with viewership last year during the Memorial Day Weekend, doubled down and showed more nonsense again this year. Last year I had enough sense to realize it was bullshit and move on…….

What do you think, I’d love to know?

I am an outspoken woman with independent views of the world. I am spiritual but also realistic. I've successfully raised two men who I've sent off to college and am now following my love of the arts, including painting, drawing and writing. Thus, two blogs, two books I sporadically work on, voracious reading, among other loves keep me busy.
View all posts by Evie Garone →
This entry was posted in bullshit, documentary, dolphins, Mermaids, Sonar, The Animal Planet, The Discovery Channel, whales and tagged dolphins, mermaids, Mermaids: The Body Found, SONAR, The Animal Planet, The Discovery Channel, The Mermaid Specials, whales. Bookmark the permalink.

4 Responses to Mermaids – Fact or Fantasy?!