This Is A Big F*cking Deal! 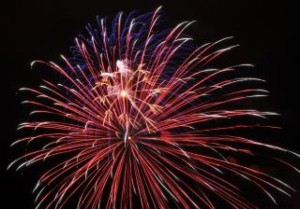 Fast forward to today, the day after the 2014-midterm elections and I wonder if Joe Biden is ready to exclaim that again? As far as I’ve heard, left-wingers aren’t accepting the loss of the Senate as America’s outright rejection of President Obama’s ideology. Whatever….it doesn’t matter, what matters is that the American people have spoken and decided they do NOT like the direction America is going in…so they threw the bums out!

Let’s hope the Republican Congress, Republican Senate and the Democratic President can reach across the aisle and get some important things done like the tax reform, the Keystone Pipeline and work on broadening our international trade. I must say, I hope the Republicans do not take this as a Republican mandate as much as a rejection of Obama’s policies. We do not want to lose these seats in 2016 by being cocky.

President Obama’s speech consisted of more agreeing to working together. “How do we deliver more opportunity for more people, put more people back to work, how do we grow the economy”, and “agreed he had a naive confidence if we continue to focus on the American people and not on our own ambitions, image and various concerns like that I’ll be able to say the American people are better off than before I was President” . He also said “Congress will pass bills I cannot sign” – “Let’s get started on areas where we agree.” His hope is that “They, Mitch McConnell (Kentucky-R) and John Boehner (Ohio-R) have things they want to do that correspond with us. 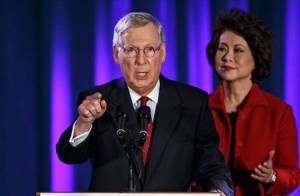 When asked about immigration he said he’s “consistently said its my profound preference and interest to see Congress act on a comprehensive immigration reform bill that would strengthen our borders, streamline our legal immigration systems so that it works better and we attract the best and brightest from around the world and give an opportunity for folks who have lived here for a very, very long time who have kids who are US citizens, but aren’t properly documented, give them a chance to pay their back taxes, go to the back of the line, but give them a pathway to become legal.” He then continued to say the Senate passed a bill that was pretty good, but it stalled, though John Boehner tried to pass it, it didn’t.

He is going to go it alone and so says Mitch McConnell. Obama says he’s not going to wait and he will do what he can lawfully to make the immigration system better. Perhaps he will use Executive Authority. It’s true he is President of the United States and he is expected for the most accountability of anyone as he rightly should be. He says he wants to give people confidence that Washington does work. He thinks they (Washington politicians) need to do a better job, obviously.

He’s said “I’m going to do what I can to make sure I’m advancing what I think is best for the country and here is an opportunity where I can use my administrative authorities, executive authorities and my lawful powers to try to make improvements on the systems understanding that’s not going to fix the entire problem and we’re much better off if we pass a comprehensive plan.”

Ha…it might be the same Ole’ same Ole’, we’ll see. What do you think?

I am an outspoken woman with independent views of the world. I am spiritual but also realistic. I've successfully raised two men who I've sent off to college and am now following my love of the arts, including painting, drawing and writing. Thus, two blogs, two books I sporadically work on, voracious reading, among other loves keep me busy.
View all posts by Evie Garone →
This entry was posted in Conservatives, current affairs, Democrats, election, GOVERNMENT, Men, Obama, Obamacare, politics, writing and tagged Democrats, Election, mid-term elections, Obama, Politics, Republicans, the vote. Bookmark the permalink.

3 Responses to This Is A Big F*cking Deal!