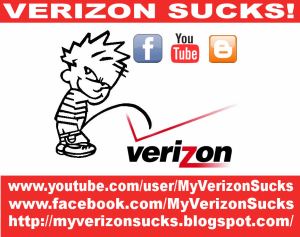 I am going out of my mind today…..and I’m sure there are many other people who are in much the same boat.

Why is it we have to have 2-yr. contracts and no recourse when things go south with our cell-phones? I’ve spent 3 days and hours speaking with the “representatives” at Verizon who were no help to me. After bringing my phone in for the third time, there is still no resolution through the store itself, where I purchased it. It seems I was not eligible for a replacement phone and they could find nothing wrong with it again, so I must resort to speaking to a representative of theirs at 611 their customer support team.

Been there done that……..everything they told me at the store was not accurate according to the phone representative. Who do I believe and is it really that hard for representatives somewhere to know what they are doing??

At the store they proceeded to waste my time by up-selling me instead of fixing the phone. I was willing to go with it as I need my phone as every other human seems to now. But unfortunately after an hour of negotiations and plans to better my plan for the same amount of money, I was right….it was too good to be true. The seemingly nice woman there who was touting the virtues of the Droid Turbo and their new “edge plan” where you pay off the phone $2.08 a month which supposedly will only cost about $48.00 in the 2-yr. contract time was looking at the wrong phone line, and I’m not the one nor is my line the one that can be upgraded. Really? Come on now, shouldn’t you have made sure it was doable before offering me this great idea as a way out for them not resolving my non-working phone? You’d think but that would be in my rosy perfect world!

So, here I am with a non-working phone that won’t charge, stays on speaker phone, (when I never chose that option) and keeps asking me to update it.

I am very dissatisfied with my phone and the help I’ve received.

The phone representative finally did say I could get a replacement and they’d mail it to me…..but not in time for my vacation or at my own cost if I want it overnight. That’s not right either, they should mail it at their own cost over-night as I’ve tried numerable times to find resolution to this problem and they, Verizon has been no help at all.

I would and still might chose to change carriers after this debacle if I can find a carrier with as good reception as Verizon has in Arizona. I am fed-up and done with them if I won’t be charged too much to leave them! Ha, see they got you again…..

So, what do you think? Do you think these phone companies have us over a barrel? Have you enjoyed some of these issues yourself and want to share? Feel free to comment here to share your angst!

I am an outspoken woman with independent views of the world. I am spiritual but also realistic. I've successfully raised two men who I've sent off to college and am now following my love of the arts, including painting, drawing and writing. Thus, two blogs, two books I sporadically work on, voracious reading, among other loves keep me busy.
View all posts by Evie Garone →
This entry was posted in Business, cell phones, cell-phone companies, complaints, phones, Verizon and tagged Cell Phones, Customer service, help-line, phones, Verizon, Verizon sucks. Bookmark the permalink.